Looks like Al Gore has passed the baton of deceit on to David Rabbitburrow, sorry Attenborough!

► Show Full Signature
Opportunity doesn't knock! It presents it'self when you beat down the door!
M

Joined Aug 3, 2017
·
863 Posts
Climate change is a total fraud.
Here in Canada we used to have a voice of reason in Tim Ball from university of Manitoba.
The forces that be here have managed to silence him via relentless court action.
Touted by the UN and spewed all over the world called climate change now because they can't call it global warming.
All based off a faulty scientific model.
S

Joined Jan 8, 2011
·
5,274 Posts
If you have scientific information to disprove climate change your life may be in danger. Tim Ball has had death threats against him for speaking the truth. It is big buisness that the UN and others want to shove down peoples throat whether it is true or not. They continue to suppress the poor countries because they will not allow any funding of energy related things or power grids with regards to humanitarian efforts unless it is green. So in these poor countries people still burn garbage, plastic, oil or anything combustible to make a meal and keep warm. If they are going to provide provide funding for power it would have to come from a wind tower or solar which is so expensive and does not make economic sense without lots of free money from the government which they do not have. Unfortunatley our curreent Prime minister has caved into the crowd and will not fund pipelines or any non green source of energy.

Joined Apr 16, 2014
·
3,463 Posts
If only these people promoting climate change would ride in on a unicorn, it would make it more believable.
► Show Full Signature
It's easy enough to be pleasant, when life goes by like a song. But the man worth while, is the man with a smile, when everything goes dead wrong!
S

Joined Jan 8, 2011
·
5,274 Posts
They were so cleaver to call it climate change because now if there is any funny weather it must be due to climate change
T

Joined Feb 14, 2016
·
197 Posts
Just wait for the fearmongering to begin in late March early April when the temperatures begin to warm and the snow starts to melt. Sea levels will rise flooding us all, and proof that there's climate change.
P

Joined Dec 26, 2016
·
143 Posts
Glowbull warming is a myth , nature rules and makes fools out of mankind .
► Show Full Signature
The most dangerous liars are those who think they are telling the truth .............The naked truth is better than any best dressed lie .

Joined Dec 10, 2007
·
2,815 Posts
It's such a load of garbage anyone with even an ounce of common sense could see through it. Yet people still believe it.
Our kids have been totally brainwashed at school! It's like a religion where you take a vulnerable young mind and put the fear of **** into them so bad that they never again question the logic of what they are being taught.
► Show Full Signature
Opportunity doesn't knock! It presents it'self when you beat down the door!

Joined Oct 6, 2013
·
533 Posts
Don't know if it is because of global warming, but our (in our area) climate has changed. To me it seems, that the northern hemisphere is getting warmer, and the south is getting dryer. Our long term average dropping almost 2 inches, that seems like a change. Our rainy season getting shorter.... Suppose I'm parenoid and someone is wrong about the situation.
► Show Full Signature
His Will, His Way, My Faith

Joined Dec 10, 2007
·
2,815 Posts
BoSoT. Weather patterns do change. They are cyclic. e.g. There have been many cases in the past where crop farmers have expanded into marginal areas and had a good run for 10 to 15 years before patterns returned to long term normal again, causing financial ruin and an admission that those areas should never be farmed again. Take Goyders line in the state of south Australia for example, or the Palliser triangle in Canada, or the Texas/Oklahoma panhandle area that is now either irrigated or farmed with great caution.
When white man first settled Australia, the continents greatest river ran dry. From 150 years ago, after paddlesteamers started to ply their trade on the river system, there were many occasions where they were parked up for years at a time because of drought. Mankind did not control the weather then and doesn't control it now. There are much bigger forces at play here.
► Show Full Signature
Opportunity doesn't knock! It presents it'self when you beat down the door!
S

Joined Sep 2, 2006
·
4,043 Posts
Wait until they here the magnetic North Pole is moving from Canada to Siberia along with the northern lights and Santa Clause lol, should be a world disaster but fixable with some sort of tax.

Joined Dec 18, 2011
·
460 Posts
www.predictweather.co.nz/ArticleShow.aspx?ID=615&type=home
Here is a good article on how the planets affect the weather.
If the article is correct than you can see why there is a panic to get carbon taxes into play as it suggest we are about to enter a cooling phase.
If the Carbon taxes are imposed, than when the temperature drops the "scientist" will be proved correct!
► Show Full Signature
Climate Change, you may feel good paying a carbon tax but it is NOT environmentally friendly.

Joined Dec 10, 2007
·
2,815 Posts
KWO. That is one of the best explanations of "Climate change" I have read.
Why don't they teach that in school instead of the current BS???
► Show Full Signature
Opportunity doesn't knock! It presents it'self when you beat down the door!
B

► Show Full Signature
You get what you put in and people get what the deserve. - Kid Rock

I may be blind, but I will find my way.

Joined Feb 26, 2014
·
742 Posts
Simply just a form of creating income equality by the leftists, allowing the developing countries to "catch up" and guilting the western nation common folks into spending billions on environment to retard their earning potential.

Joined Feb 22, 2011
·
5,224 Posts
To see the earths movements on a more universal level begin watching at 15:00. For a more elementary understanding of sun and earth timing and variances start at the beginning. It’s not a climate lesson, just a factual lesson.

Joined Jan 5, 2011
·
1,209 Posts
In addition to Haystacks video is and attached picture of some of the things that was mentioned on that video. Astronomy is pretty neat! 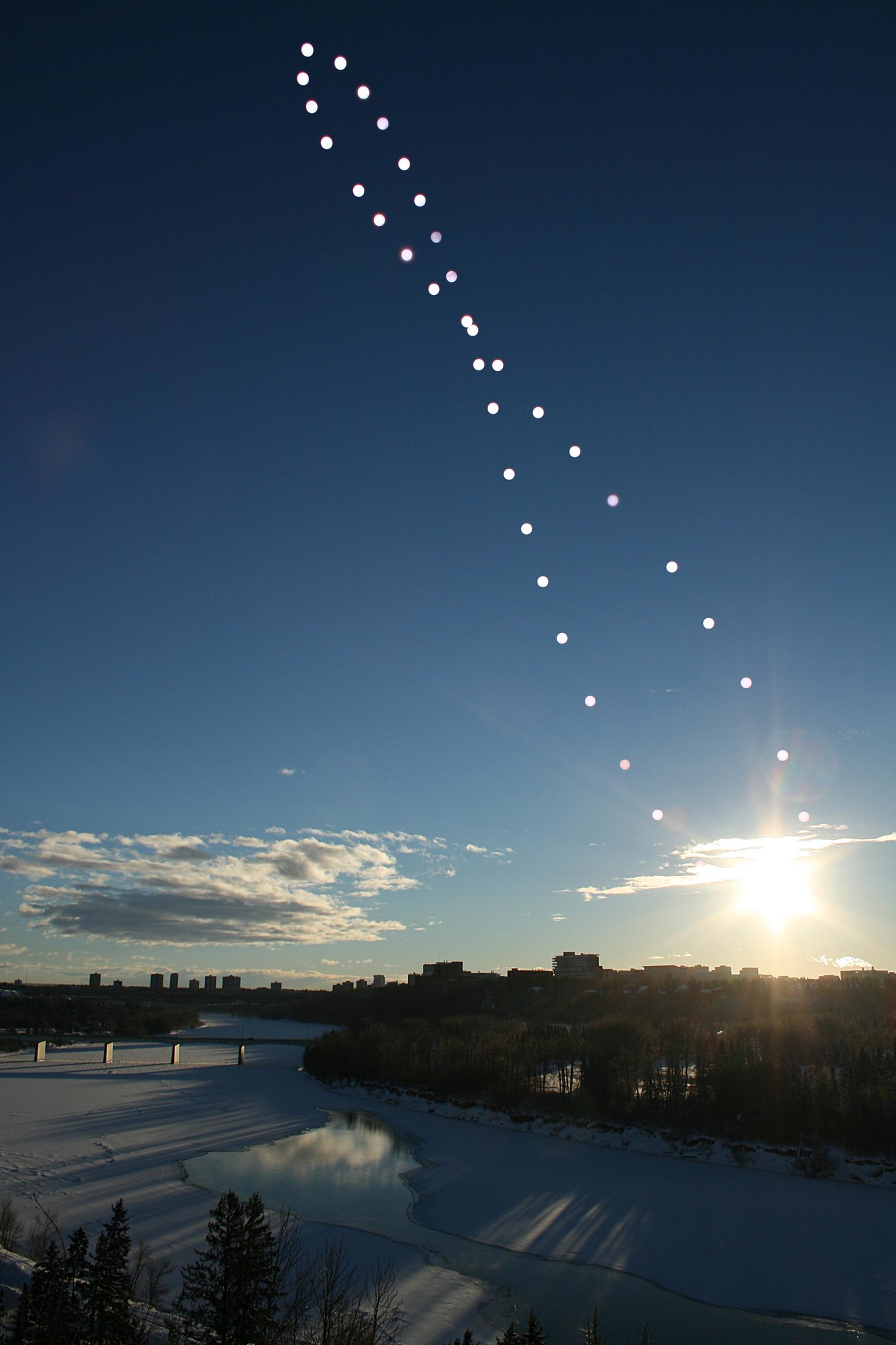 Solar Analemma at Winter Solstice by lvanzell, on Flickr

One more good video just because.

► Show Full Signature
You get what you put in and people get what the deserve. - Kid Rock

I may be blind, but I will find my way.

Joined Jan 5, 2011
·
1,209 Posts
I would think you need a sense of humor to join greenpeace. It is after all one big joke.
► Show Full Signature
You get what you put in and people get what the deserve. - Kid Rock

I may be blind, but I will find my way.
1 - 20 of 394 Posts
Join the discussion
Continue with Facebook
Continue with Google
or sign up with email
Recommended Reading
Read More
Read More
About this Discussion
393 Replies
75 Participants
Last post:
Feeder House Phil 1 mo ago
The Combine Forum
A forum community dedicated to all combine owners and enthusiasts. Come join the discussion about specifications, accessories, troubleshooting, maintenance, and more!
Full Forum Listing
Explore Our Forums
John Deere Tractors Other / Off Topic Case IH Planting & Tillage
Popular Communities